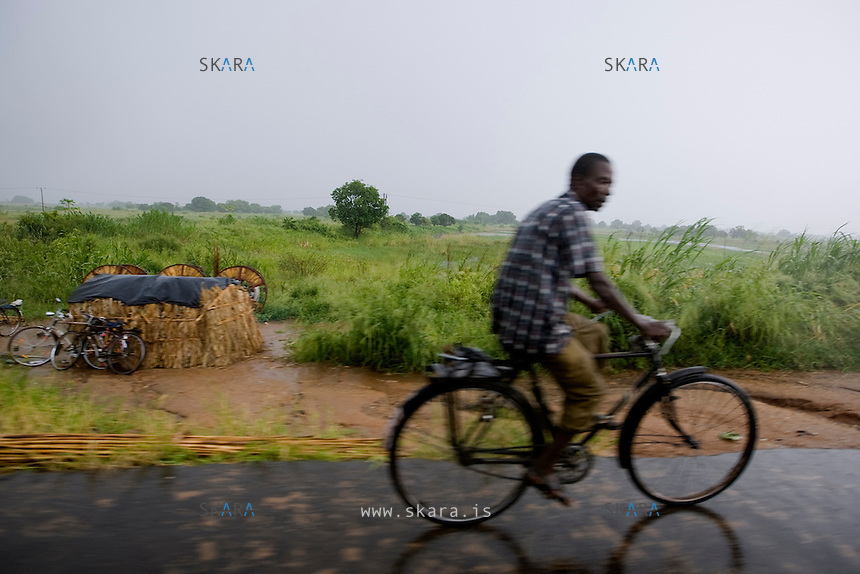 On his way home to the Caia resettlement camps. The camps are usually the first destination to those who have had to flee from the river. Later the government will give them land which is far from the risk areas. .The resettlement camps are filled with volunteers from the Red Cross who see to it that sanitation and water purification is up to standard.