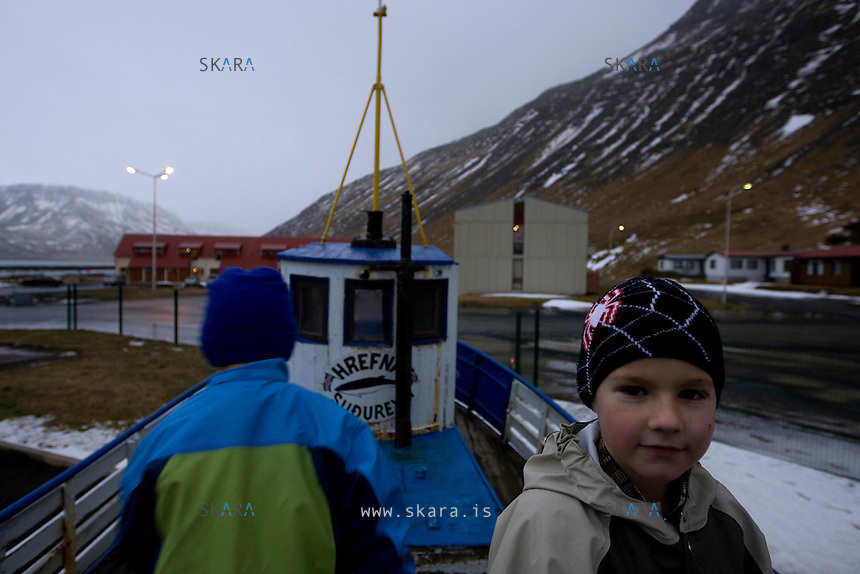 At 11 am Pawel has been in the kindergarten for three hours and still has four to go. Even this late in the morning the street has to be lit up as the darkness has not yet lifted. Pawel says he only plays with action figures that fight, but he and Kristofer, also from Poland, are playing on the boat in the kindergartens garden. Half of the 20 children that stay in the kindergarten have at least one foreign parent.